Tammy Labude: I Think I’ll BE 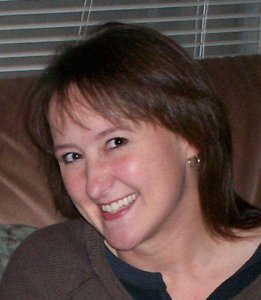 Facebook isn’t always politics and kitty cats. And it wasn’t for me today. It was the mournful media that informed me of a personal loss so heartfelt it is difficult to describe.

With only two words: Tammy Labude

I met Tammy in 2002 when she was directing a production of Heidi in Garland, Texas. My eight-year-old daughter Abigail was up for the part. She got called back, did a good job and to our utter joy was cast as the lead. Seeing my daughter ecstatic with the joy of a dream come true was the first gift Tammy gave to me.

But soon this joy began to flow to me. I was living in a city away from home, and was profoundly homesick. While waiting for something or someone before rehearsals began, I was blessed to visit with Tammy for more than an hour, just the two of us. An instant friendship was born. We talked, we shared, we laughed, and I went home lighter than I had been for more than a year.

And her blessings to me and my family just multiplied. She always seemed to be there and available the exact moments and days I needed her. Always. Eventually, I moved back home, and so did she. We stayed in touch with occasional phone calls and messages. Every time we talked it was like we had just spoken yesterday.

And now I realize that my daughter and I were but two tiny woven threads on the loving, giving, living tapestry that made up Tammy’s life. Because the gifts she gave to us she gave to everyone who was lucky enough to cross her path. And I believe wholeheartedly that her paths, her every steps were God directed.

How else but Angel might she be called? She was born with frailties that would have taken most away. She bore human challenges most of us have never seen. She was never interested in the grand earthly things. People were her business. Small ones. Tall ones. Old ones. Young ones. All ones. She gave and she gave and she forgave and I will never know why I was so blessed as to have been among those who had the privilege to know her.

I noticed some time back someone on Facebook quoted to her “To be, or not to be?” and Tammy answered, “I think I’ll BE.” And boy, did she.

That I could BE a fraction of her goodness…

God speed, Tammy, and God willing, until we meet again.

Teacher and author. Have taught ages Pre-K to 60, ESL and GED, public and private schools. Published The Edge of the Grace Period in 2000. The Offshore Triumphs of Karla Jean was published in 2012.
View all posts by dorothyhagan →
This entry was posted in Addiction, Angels, Director, Friendship, Heidi, Recovery, Students, Teaching, Therapists, Uncategorized and tagged creative writing workshops, intervention teacher, professional challenge. Bookmark the permalink.